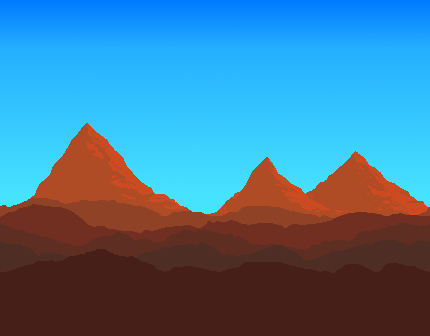 It takes 20 years to build a reputation and few minutes of cyber-incident to ruin it.
- Stephane Nappo

The state of cyber security today

Security usually means inconvenience, inconvenience brings hindrance, how do we move fast yet stay as secure as possible in this technological present. There’s no universal answer for this subject, but what we should always do at least strive, is to adhere to certain standards and principles which will reduce the risk in the unlikely case of a breach of security. Applying best security practices would be our most dependable remedy against malicious actors of any kind. As an example let’s take today’s container technologies, namely the most popular one, docker. They are fast, lightweight and immutable, but come with a tradeoff. The border that isolates the host and the container is very thin, alas thinner than the conventional bulky and slow Virtual Machines. The tradeoff, in this case, is very clear, we’ve gained enhanced utilization of resources but because the container technology shares a lot of components with the host system if we do not employ well-defined security precautions we will be putting the host system along with the other containers running on it at risk. If we can employ as many security safeguards as we can, rest assured that running a container would be more secure than the traditional Virtual Machine.

How hard is it to misspell the name of the Docker registry image URL combination and get a third-party image with possible malevolent software packaged? Or even worse, what if you mount your docker socket or run the container with full privileges?

In the unfortunate event of a security breach, there’s no guessing on what will be the scope of the potential damages. The old proverb by the Irish Novelist Samuel Lover “Better safe than sorry” is invaluable. There are so many tools out there that can help us build and create wonderful technologies, but when one thinks about it, everything is based on trust which we are placing on the creators and community of said tools to implement the best security practices. Sadly, in reality, that often turns out not to be the case.

Looking on the positive side, we can and we should do something about it, by conforming and adhering to a set of security practices that will lower or nullify the blast radius in a potential breach, which I will elaborate further in this blog post.

I will be focusing on docker mostly as it is one of the most widely used container solutions nowadays.

For the examples I am using this simple golang web server code.

Do not use the root user at container runtime

This is not at all hard to elaborate, since ages even with traditional computing, running services as root was and still is exceptionally bad. Security has improved vastly since, and container technologies offer isolation through kernel namespaces, in which processes running on the container are unbeknownst from processes running on the host system. Kernel namespaces have been around since July 2008, meaning that they’ve had quite a few improvements and iterations, but nothing justifies running the application as the root user.

I will point out a few examples of why this is bad.

The attack surface is vastly enlarged

The root user can do much more harm in the unlikely event of breaking out of the system during a breach. Depending on the end goal of the malicious party it can range from deletion of assets to blackmail, extortion, identity theft, invasion of privacy, fraud, part of a DDoS botnet and more.

Additional applications can be installed on the running container

Imagine we are running a container as the root user, and unfortunately, the application had an old third-party module that was unpatched. The attacker was able to exploit it, and has gained root access within the container. Kernel namespaces have us protected with isolation, nevertheless, the attacker can now install anything on the running container. E.g. a network scanning tool like nmap which can potentially map out the network and thereby giving our imaginary vile agent a wealth of valuable information which can be used against our favor.

The root user can delete any file

If we have a container that needs to persist a state on a mounted volume, in the case of a breach all the files can be deleted from the container because there are no constraints for a user with UID and GID 0.

Specify a dedicated user in Docker

We should create and have a dedicated user that will run the application during container runtime:

Spawning a shell inside the running container

and checking the running processes gives us the following output:

The $ ps output clearly shows that the simple golang web server is running as a non-root user that we have previosly created and specified.

Be vary when mounting the docker socket

Many examples on the internet casually mention that the docker socket should be mounted inside the container in particular installation instructions, which I find very alarming considering this is the main entry point for the docker API. The container that has access to the docker socket /var/run/docker.sock can control all the running containers on the host and as an added bonus the host is most probably compromised because the Docker daemon runs as root by default.

We can see that by querying the docker socket and getting the list of images on our system(a running docker daemon, curl and jq are required).

This will give us all the images that are present on the host where the docker daemon is running currently.

Running a container with the --privileged flag gives all capabilities to it plus it lifts all the limitations enforced by the cgroup controller. E.g. the container can now read the host’s /dev and /proc folder. It has “super capabilities” that will allow it to control the host’s devices, processes and kernel parameters. In combination with the container process running as root, the damage can be disastrous.

There is a common misconception/anti-pattern regarding the ARG parameter within Dockerfiles, at least I have made the grave mistake thinking that passing a secret with the ARG parameter won’t be persisted to the final image. The Docker documentation somewhat implies that when using arguments they will be present only during build time.

The following excerpt is taken from https://docs.docker.com/engine/reference/commandline/build/

Set build-time variables (–build-arg)
You can use ENV instructions in a Dockerfile to define variable values. These values persist in the built image. However, often persistence is not what you want. Users want to specify variables differently depending on which host they build an image on.

For the ENV parameter it is very clear that it will be persisted in the final image. Yet it turns out that for the ARG the behavior is identical.

What happens here is that we are passing an argument in the container build stage, which we would think it will only be present in the build stage. Unfortunately it will be persisted, and packed in the image.

Checking the layers of the freshly built image we can see that the “very secret key” is present on the second line from the output.

There are multiple methods on how can we remove secrets from the docker image during the build. I will only describe the ones that I have trialed and have been using for a while in a production-ready setup.

This is the latest iteration of the docker build process. According to docker, it is the “much-needed overhaul of the build architecture”. I prefer this method the most because it truly is an enhacement over the traditional docker build.

First we need to create a file that will hold our “very secret key”:

Then we need to overide the default docker frontend (notice the commented line at the beggining), also expose the secret inside the Dockerfile:

Lastly we need to build the imagel and mount the secret during the build process:

Buildkit offers many other improvements which are out of the scope for now, head on to https://docs.docker.com/develop/develop-images/build_enhancements/ to learn more.

Each instruction in the Dockerfile adds a layer to the image, and all of the artifacts, arguments and environment variables are present in the final image along with the aforementioned layers. With multi-stage build, we can selectively copy artifacts and erase everything else including sensitive data. This way we can have final images that are small, secure and do not contain any delicate information.

What I’ve done here, is I got already built binary from the former image labeled as “builder”, to the latter, which doesn’t contain any of the artifacts nor environment variables. We can confirm this easily by building the multi-stage dockerfile and seeing the image history:

Small container images contain fewer packages, fewer packages means reduced attack surface. The current and most excellent container distribution is without a doubt Alpine Linux. Most of the ready to use docker images currently offer an alpine Linux variation.

Use official container images only

Needless to say, if the image we intend to use is provided by a third-party we do not have any way to know what might be installed on it, coupled with a mounted filesystem or docker socket the potential for harm ascends.

There’s no all-in-one solution for being secure, what it takes is persistence, discipline, and above all cybersecurity culture!

If you enjoyed this blog post, or you found it helpful I’d be very grateful if you’d help by sharing it.